'Tapestry' at 50: How Carole King 'Bet On Herself' To Record a Singer-Songwriter Classic

Carole King and her friend Telemachus during the photo shoot for the "Tapestry" album cover.

In January 1971, Carole King, a native New Yorker recently transplanted to touchy-feely Los Angeles, entered A&M Studio on La Brea Avenue to record her first album of songs for which she'd written both music and lyrics.

With her was a family-sized crew of musicians-slash-confidants from the emerging Laurel Canyon rock scene, among them her producer, Lou Adler and James Taylor, the sexy and ruminative singer and guitarist for whom she'd played piano on tour the year before.

They worked quickly, cutting two or three tunes a day, and finished the 12-song record in three weeks. (The studio budget, according to Adler:$22,000).  By June, the LP - King called it "Tapestry" in acknowledgment of its handcrafted vibe - had reached the top of the Billboard 200, where it stayed for 15 weeks on its way to finding a permanent spot in what seemed like every home in America.

"In a funny way, it was almost like Obama's first presidential run, when he sprinted through the campaign so quickly that the Republican dirt machine didn't get him in their sights," says Taylor, whose early success alongside King would propel the two of them half a century later to performances at Biden's presidential inauguration.  "People didn't get a chance to say, 'Oh Carole, she doesn't really have a singer's voice.' Or, 'She's a mother.' Or, 'She's from Brooklyn.'

"The first thing you knew about it was, here's this incredible material, and people heard it and said, 'Yeah, that's for me.'  It was like a first-pitch home run."

"Of course, that wasn't true," Taylor adds with a laugh. "It came after a decade of work."

Indeed, for all its energy of arrival, "Tapestry" actually marked the beginning of an unlikely second act for King, who at age 28 had left behind a life and career as half of a prolific Brill Building songwriting duo with her husband, Gerry Goffin, and had moved to L.A. with her two young daughters, Louise and Sherry.  Here, nestled in the verdant hills above Hollywood, the woman who co-wrote the deathless "Up on the Roof", "The Loco-Motion" and "Will You Love Me Tomorrow" remade herself as a new kind of pop star: thoughtful, relatable, understated.  The album's iconic cover, showing wavy-haired King and her cat sitting contentedly by a window in her home on Wonderland Avenue, said it all.

And the shift went beyond her: Along with Taylor's "Sweet Baby James" and Joni Mitchell's "Blue," the latter recorded just down the hall at A&M with some of the same players, King's album helped launch the singer-songwriter movement of the 1970's, resetting pop's mood and scope in the wake of the cultural and political upheaval that defined the end of the '60s.

King, now 78, declined to talk about her signature work, as she does with virtually all interview requests. But 50 years after its release on Feb. 10, 1971, "Tapestry" stands as an indelible document of soft-rock introspection, with the statistics and accolades - four top-20 singles; Grammy Awards for album, record and song of the year; estimated worldwide sales of 30 million copies - to ensure it's still talked about even as hand-me-down vinyl collections have given way to streaming ones and zeroes.

Yet to tune out the decades of adulation and simply listen to "Tapestry" is to be struck by the essential modesty of its sound and outlook.  Accompanying herself on piano - and backed unobtrusively by Taylor, guitarist Danny Kortchmar and drummer Russ Kunkel - King sings in a yearning, slightly raspy voice free of obvious ornamentation.

"It's an it-is-what-it-is kind of vocal," says Peter Asher, the veteran producer and manager who oversaw Taylor's career at the time.  "She wasn't saying, 'Look, I'm a singer!"

Instead, King was using her warmly conversational tone (which she'd developed, if that's the word for it, recording demos for her and Goffin's songs) to deliver her lyrics about romance and friendship.  In the made-to-order hits she wrote in her teens and early 20s, back when Goffin was handling the words, love always carries the promise of ecstasy and the threat of agony; it's a sensation to be swept away by, to get lost in, sometimes to fear.

But love on "Tapestry" is a more realistic proposition.  "You're so far away," she sings in one typically plainspoken line.  "Doesn't anybody stay in one place anymore?"  There's no exaggeration in the heartache she describes in "It's Too Late" (which King wrote with Toni Stern), no hyperbole in the commitment she offers in "You've Got a Friend."  The songs treat relationships within the dramatic parameters of everyday life - a point of view born from King's experience with divorce that ended up resonating with a generation of young women reordering their priorities regarding sex, work, marriage and motherhood.

You wouldn't call "Tapestry" an explicitly political album, though drummer Kunkel ties its themes of personal liberation to the sense of possibility embodied in the efforts to end the Vietnam War and to stop the proliferation of nuclear power.  King, an ardent Democratic activist known to turn up on MSNBC, no doubt would agree.

"What she does so beautifully on that record is she distills these really complex subjects - the big emotional milestones of our lives - to these simple phrases that you feel like you can hold," says 41-year-old Sara Bareilles, who first encountered "Tapestry" in a bin of her parents' LPs and recalls getting deep into the album after college.

With its highly legible emotions and its easy show-tune melodicism, "Tapestry" contrasted with Mitchell's more intellectual approach.  But for an artist who started out in a pop factory thought by some to crank out product for teenyboppers, the album succeeded in establishing King as a grown-up presence - an achievement that cleared the path for the ascent of a hitmaker-turned-auteur named after King's sideman: Taylor Swift.

"Carole bet on herself," says Bareilles, who calls King her "north star."  "She had the courage to step out from a framework that's safe and lucrative and to make a decision that's a little bit more honest and a little bit more authentic."

Barry Mann, another Brill Building pro who with wife Cynthia Weil came up alongside Goffin and King, wasn't surprised when the world learned to take Carole King seriously.

"If it wasn't for "Tapestry," it would've been something else - she's just so talented that it was only a matter of time," he says.  But King's split from Goffin, as a result of his infidelity and volatile behaviour, focused what she wanted to say with her music.  (Goffin died in 2014.)  So too did her new home, according to Toni Stern, a born-and-raised Angeleno who says King "intuited that things were happening out here musically" and that the singer, once ensconced as Laurel Canyon's yoga-practicing earth mother, felt freed from the various ways her family and her oldest friends thought of her.

"She stopped eating red meat...and started to cook vegetarian," Sheila Weller writes of King in her 2008 book "Girls Like Us," about the interconnected lives of King, Mitchell and Carly Simon.  With a neighbor, King played volleyball on a team called the Wonderland Wonders.

King quickly formed a short-lived group, the City, with Kortchmar and Charles Larkey (whom she later married), then made her solo debut with 1970's "Writer."  Neither project garnered much attention outside the music industry but they established crucial connections that set up what was to come.

For "Tapestry," Adler was aiming for what he's called "a smooth ride" modeled in part on June Christy's mid-50's "Something Cool"; he and his engineer, Hank Cicalo, turned down the lights in the studio and huddled the musicians as close as they'd been while rehearsing the music in King's living room.  It's not all so hushed: "I Feel the Earth Move" opens the album with a barreling piano groove.  But Taylor says the producer "protected the integrity" of the singer's naturalistic sound by resisting the urge to "send it to the garden to pick up strings and horns."

"Lou left Carole raw and left the tracks raw," Taylor says.  "Raw' may be the wrong word.  I mean pure."

Adds Kunkel: "The songs flew the plane," including a pair of Goffin-King numbers - "Will You Love Me Tomorrow" and "(You Make Me Feel Like) A Natural Woman" - reframed here as stripped down ballads.

The reaction to "Tapestry" was immediate, with rave reviews in Rolling Stone and the Village Voice.  Stern remembers walking into her dry cleaners at the corner of San Vicente and Santa Monica boulevards one day and hearing a guy "walking out, his cleaning flung over his shoulder - I can still see the plastic - and he's humming 'It's Too Late.'  That was better than hearing it on the radio," she says.

It wasn't just fans and critics either; other musicians clamored to cover King's songs.  Taylor famously scored a huge hit that year with his own take on "You've Got a Friend," while Barbra Streisand put three tunes from "Tapestry" on her "Barbra Joan Streisand" album, which came out just months later.

Asher says King's appeal among artists "proves that the other Carole - the Brill Building Carole - was still in there: 'Here's a hit song for you."  and as in that earlier era, when acts like the Drifters and Aretha Franklin were singing her stuff, many of the best interpretations came from Black soul and R&B artists such as Donny Hathaway, who did "You've Got a Friend" on a classic live album cut at the Troubadour in L.A., and the Isley Brothers, who turned "It's Too Late" into a lusty-tortured slow jam.

"That song to me was like a great R&B song," says Ron Isley.  "It used to be a showstopper for us."

In the years after "Tapestry," King could seem ambivalent about the stardom she'd attained.  She continued to make records, occasionally in search of a convincing style, but she didn't tour or promote them as the pop industry requires.  Today, nine of her 10 most-streamed songs on Spotify are from "Tapestry," and her 1974 track "Jazzman," which reached No.2 on the Billboard Hot 100, may be the best known in a version by Lisa Simpson.

"She wanted to be home with her children - and to create more children," Kortchmar says. (In addition to her daughers with Goffin, King has a daughter, Molly, and a son, Levi, with Larkey.)  "And she was just seriously less interested in the fame part of the gig - the everyone-adores-me part - than in actually creating the music."

The adoration came anyway, of course.  There was a "Tapestry" tribute album with performances by the Bee Gees and Celine Dion.  There was TV's "Gilmore Girls." which used "Where You Lead" as its theme song.  There was an episode of "Glee" featuring King's music, and the Tony-winning Broadway biographical musical "Beautiful," and a Kennedy Center Honors ceremony in which Franklin blew everybody's mind (and brought President Obama to tears) with a thrilling and queenly rendition of "Natural Woman."

In 2010, King surprised lots of folks when she agreed to an international arena tour with Taylor in which the two "got the band back together," as Taylor puts it, and played their beloved old songs as though they were onstage together at the Troubadour in 1970.

"It worked extremely well," Taylor says.  "Then at the end of it, when everybody's saying, 'Keep the big ball rolling,' Carole says, 'No, let's quit while we're still ahead.'  and she walked away."

Mikael Wood is a pop music critic for the Los Angeles Times.

Read the entire original article with photographs and videos at Los Angeles Times. 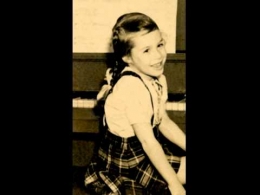