We are thrilled to announce that after nearly three decades, Carole King came back to London to headline the SOLD OUT concert at BST Hyde Park !  Not only that...for the very first time, she performed Tapestry in its entirety! On Sunday, 3 July 2016, Carole was joined by the amazing Don Henley, as well as Louise Goffin, Michael Kiwanuka, Ed Harcourt, Rae Morris, RY X, Ward Thomas, Billie Marten, Flyte,Clare Maguire, Isaac Gracie and Meadowlark.

Carole said "I want to begin by thanking Londoners for making Beautiful: The Carole King Musical so successful.  And now I’m coming to London and can’t wait to perform Tapestry from beginning to end for the first time ever! How perfect to be doing that in the heart of one of my favourite cities.

I know I’m not alone in considering Don Henley one of the greatest songwriters of our time. I’m looking forward to hearing classic Eagles songs and other hits from Don and his band.  And, as a lifelong fan of Louise Goffin I can only say that there’s nowhere else I’d rather be on 3 July 2016 than Hyde Park in the great city of London."

We loved seeing you all there.

To watch and read all about it please visit our Media page. 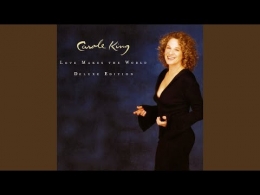