“Beautiful: The Carole King Musical”, one of the top-selling titles on Broadway, opened Feb. 24 at London's Aldwich Theater with rave reviews and a surprise visit by Carole King.  Joined by friends and fellow songwriters Cynthia Weil and Barry Mann, Carole appeared at the curtain call and paid tribute to Gerry Goffin who passed away last June. She then led the audience to singing "You've Got A Friend".

Katie Brayben, cast in the role of Carole King was trained at Rose Bruford College and her previous acting credits include Sophie Sheridan in Mamma Mia! both in the West End and on tour as well as A Midsummer Night's Dream and Ragtime at Regent's Park Open Air Theatre.  She is also a singer-songwriter. For more info, click here.

Bouyed by strong word-of-mouth and significant ticket sales in the weeks following its U.S. January 2014 opening, a London transfer looked like a strong possibility for “Beautiful”.  Carole's broad fan base and the profile boost endowed on the show by its Tony Awards attention (including a lead actress trophy for star Jessie Mueller), a national tour also seemed a certainty.

Upon hearing the news, Carole said, "This show is an honest portrayal of my early life with Gerry Goffin and our friendship with our competitors Barry Mann and Cynthia Weil. It captures the essence of my emergence as a singer and my growth as a woman. I love that the next chapter of the Beautiful story is taking place in London's West End. I have so many good friends in London and warm memories of good times there. I can't wait to re-visit."

Producer Paul Blake added: "Carole King might be a native New Yorker, but her story of struggle and triumph is as universal as they come - and her music is loved the world over."

For more info, please visit the Beautiful In London website and our Media page.

See below for London Reviews:

In addition to the production across the Pond, the U.S. national tour will launch in September 2015 in Providence, R.I., with stops in Chicago and L.A.  To check additional cities, click here. 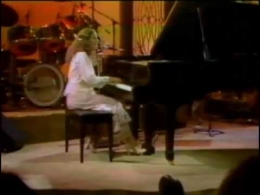