Tour Kicks Off in Australia, New Zealand and Japan

After presenting at the Rock and Roll Hall of Fame Ceremony and preparing to leave for the world tour, Carole commented, "After two weeks of joyous rehearsals in LA with James Taylor and our old bandmates, Danny Kortchmar, Russ Kunkel, and Lee Sklar, along with more recent band members Robbie Kondor, guest guitarist, Rudy Guess, and singers Arnold McCuller, Kate Markowitz, and Andrea Zonn, well, if I were a horse, I'd be pawing the ground, ready to break out of the starting gate. Imagine me excited to go out on tour! I'm so looking forward to seeing you at a Troubadour Reunion concert. We'll be heading first for Australia, New Zealand, and Japan, and then we'll be back in North America starting early in May. All right, then. Here we go!" --Carole

LOS ANGELES, CA - Iconic musicians Carole King and James Taylor announced that they will embark on a "Troubadour Reunion" world tour. The world tour will kick off in Melbourne, Australia on March 27, 2010 and will travel to New Zealand and Japan before coming to North America and Europe. This once-in-a-lifetime event brings together two of the most beloved singer/songwriters for a rare concert experience. The set list will include a breadth of material including songs they performed during their 1969 debut show at the Troubadour in Los Angeles, which helped propel them both to the world stage.

Tickets for some dates in Australia, New Zealand, Japan and The Hollywood Bowl in Los Angeles have already gone on-sale. Additional dates in North America will be announced soon.

The idea for the "Troubadour Reunion" tour came together in 2007 after Taylor and King performed at the famed Los Angeles venue for the first time since 1969 to celebrate the Troubadour's 50th Anniversary. The shows sold out immediately and garnered rave reviews from fans and critics alike. The Los Angeles Times noted "the sense of occasion [and] weight of history in the evening" and Variety said "Taylor and King reminded us about the intensity of song, that the artistically-rich and commercially-viable are not mutually exclusive and how one tiny club continues to be a birthing room for some of this city's most memorable music."

Now fans outside of Los Angeles will be able to experience what was created on that magical evening in 2007. Nearly four decades after helping define the singer"songwriter movement, King and Taylor will tour together with their original bandmates guitarist Danny "Kootch" Kortchmar, drummer Russ Kunkel and bassist Lee Sklar, famous in their own right as "The Section".

"When James and I first played together in the early seventies, we connected immediately, both musically and personally, with an effortless, comfortable familiarity," says Carole King. "After we reunited in 2007 with Danny Kortchmar, Lee Sklar, and Russ Kunkel, the original band from our early Troubadour shows, none of us wanted the fun to stop. We can't wait to bring our Troubadour Reunion tour to Australia."

"This tour, our Troubadour Reunion, has been waiting to happen for a long time and the years seem to have vanished, where does the time go?" asks Taylor. "When we reunited for the Troubadour's 50th Anniversary celebration, it felt like yesterday. It was and still is all about the music and the songs that we get to perform together."

Carole King performed with James Taylor at the Troubadour in November 1969. This historic show marked King's debut as a solo artist after penning 22 Top 40 hits for artists ranging from Aretha Franklin to the Monkees, while James was supporting his self-titled Apple Records release featuring classics such as "Carolina In My Mind" and "Something In The Way She Moves." Both have since become multi-platinum-selling artists, GRAMMY® winners, and members of the Rock and Roll Hall of Fame and the Songwriters Hall of Fame.

In 1971, King gave us the landmark Tapestry. The album received a Diamond Award from the RIAA for sales of more than 10 million units in the U.S., with more than 25 million units sold worldwide. King was the first woman to win four GRAMMY® Awards in one year (Best Album, Best Song, Best Record, and Best Vocal Performance in 1972), a feat unsurpassed for more than 25 years, and was featured on the cover of Time Magazine in 1973. In 1987, King and Gerry Goffin were inducted into the Songwriters Hall of Fame and honored with their Lifetime Achievement Award in 1988. Goffin and King were also inducted into the Rock and Roll Hall of Fame in 1990 and were honored by The National Academy of Recording Arts and Sciences in 2004 with the GRAMMY® Trustees' Award. To date, more than 400 Carole King compositions have been recorded by more than 1000 artists, resulting in 100 hit singles - many reaching #1. She is arguably the most successful and revered female songwriter in pop music history. Carole King has released 25 solo albums, the most recent being The Living Room Tour double-live CD on her own Rockingale Records label. The companion DVD, entitled Welcome to My Living Room, is now available.

Over the course of his career, James Taylor has sold more than 40 million albums, and won more than 40 gold, platinum and multi-platinum awards as well as five GRAMMY® Awards. Taylor's first Greatest Hits album earned him the RIAA's elite Diamond Award, given for sales in excess of 10 million units in the United States. In 2000, Taylor was inducted into both the Rock and Roll Hall of Fame and the Songwriters Hall of Fame. In February 2006, The National Academy of Recording Arts and Sciences named Taylor its MUSICARES Person of the Year. Taylor's CD/DVD One Man Band (2007) was nominated for an Emmy and his most recent album, Covers, was nominated for two GRAMMY® Awards in 2008. He most recently released Other Covers in April 2009.

Members of CaroleKing.com will have the opportunity to purchase pre-sale select tickets to Carole King & James Taylor's 2010 "Troubadour Reunion" tour. To become a member, click here.

Carole and James were interviewed recently for a New Zealand TV show called CLOSE UP. The interview took place in James Taylor's studio while they worked on the set for the upcoming concert tour. To see the interview, click here. 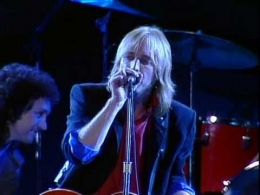 @Carole_King & @JamesTaylor_com vinyl album, LIVE AT THE TROUBADOUR, is available now! Recorded in 2007 in celebrat… https://t.co/hzkQMp5TF1
October 22
RT @songchronicles: "A good song should give you a lot of images; you should be able to make your own little movie in your head to a go… https://t.co/TDxYH2e4N1
October 20