From her earliest forays into music at the age of four, it was Carole King's destiny to pursue a career as a composer, musician and vocalist. A decade before the mid-'60s folk boom put the term "singer and songwriter" into American and British pop music vernacular, Carole was, in fact, exactly that – a singer and songwriter. As a fledgling songsmith still in her teens in the late 1950s, her sophisticated demo recordings startled music execs who, within five years, would fully appreciate the unerring Top 40 sensibility that Carole's demos possessed.

As THE ESSENTIAL CAROLE KING suggests, there is an aspect of her career for which she has never received the full measure of credit – her role in jump-starting the singer and songwriter movement at the beginning of the 1970s. As Kubernik writes, "There was Sam Cooke, Dylan, Brian Wilson, Lennon & McCartney, Neil Diamond, John Phillips, Smokey Robinson, and others, but no other female artist, up to that point, had so forged the writer, folkie, rock, R&B, singer, songwriter, performer, hitmaker, life style maker as Carole did on Tapestry."

In presenting a new persona for herself at the dawn of the decade, Tapestry unquestionably set the stage for Top 40 radio and television's commercial acceptance of the new popular singer/songwriter stylists. The genre that was set in motion by James Taylor, Carly Simon, Jackson Browne, Cat Stevens, Roberta Flack, Bill Withers, Don McLean and many other singer/songwriters at the start of the 1970s has reverberated throughout the '80s, '90s, and '00s and continues to have an effect on pop music today.

The duality of her musical career as a singer and songwriter is at the heart of THE ESSENTIAL CAROLE KING. With liner note essays written by Sirius/XM rock and roll legend Andrew Loog Oldham (founding manager and producer of the Rolling Stones) and by L.A.-based music journalist/historian Harvey Kubernik, THE ESSENTIAL CAROLE KING uniquely profiles the career of this beloved singer and songwriter. Compilation producers Lou Adler, Steve Berkowitz, and Rob Santos present an overview of her own recordings as an artist on Disc One/The Singer, while Disc Two/The Songwriter reveals a collection of her compositions (co-written with Gerry Goffin, among others) recorded throughout the '60s by pop's greatest names.

One would be hard-pressed to find another female American composer whose career compares to Carole King's. With a veritable life soundtrack of '60s standards penned by her, and her decades of recordings as a solo artist (on her own albums plus songs for films, television, Broadway shows, and more), Carole King is one of a kind. If industry credentials are the yardstick, she has them all – top-charted records, RIAA Gold, Platinum, Multi-Platinum, and Diamond Certifications, 4 Grammy Awards in a single year, Oscar recognition, induction into the Rock And Roll Hall Of Fame and the Songwriters Hall Of Fame, Lifetime Achievement awards (including the esteemed Grammy Trustees' Award), tribute albums, and performances at the Presidential Inaugural Galas for Presidents Clinton and Obama.

When Carole King accepted the prestigious Johnny Mercer Award from the National Academy of Popular Music/Songwriters Hall Of Fame in June 2002, it reaffirmed her position among the most important music figures of the last 100 years. In one of his earliest songs, "Little Road and a Stone to Roll," the late Daydream Believer singer/songwriter John Stewart put it best: "Ev'rybody needs a Carole King tune...!"

DISC TWO/THE SONGWRITER: A COLLECTION OF KING'S COMPOSITIONS THROUGH THE 1960s RECORDED BY POP MUSIC'S MAJOR ARTISTS
1. Will You Love Me Tomorrow - The Shirelles
2. Take Good Care Of My Baby - Bobby Vee
3. Every Breath I Take - Gene Pitney
4. Crying In the Rain - Everly Brothers
5. The Loco-Motion - Little Eva
6. Up On the Roof - The Drifters
7. Chains - The Cookies
8. One Fine Day - The Chiffons
9. Oh No Not My Baby - Maxine Brown
10. Just Once In My Life – The Righteous Brothers
11. Pleasant Valley Sunday - The Monkees
12. (You Make Me Feel Like A) Natural Woman - Aretha Franklin
13. No Easy Way Down - Dusty Springfield
14. Wasn’t Born To Follow - The Byrds
15. Hey Girl - Billy Joel

THE ESSENTIAL CAROLE KING is available now at all physical and digital retail outlets through Ode/Epic/Legacy, a division of SONY MUSIC ENTERTAINMENT and our Store. 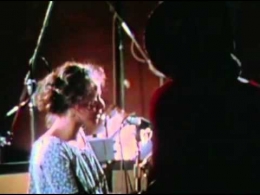