San Diego, CA - Carole King was included to the Frosted Pink with a Twist event that took place at the San Diego Sports Arena on Sunday, September 14, 2008.

Frosted Pink with a Twist is a multi-media event that joins members of the 2008 U.S. Olympic Gymnastics team together with Grammy Award-Winning music talent to raise awareness of cancers primarily affecting women. Through the combination of music and sport, Frosted Pink with a Twist provides a unique format to provide cancer education, encourage dialogue, celebrate survivorship and empower women to become advocates for their health.

Paired with the Champion gymnasts will be icons of song, making for a historical event of sports, entertainment, and health awareness. In addition to Carole King, Cyndi Lauper and Jesse McCartney also appeared at the event. 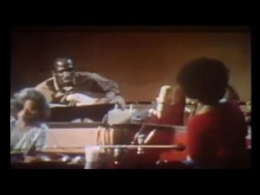 “But I think I saw a brand new light Coming over the horizon Brighter than all the others And it says all men are b… https://t.co/8Bv6pmcCbn
April 17
50 Years Ago: Carole King Releases Breakup Song 'It's Too Late' “Those lyrics are by Ms. Toni Stern," she said. "An… https://t.co/OY5ajakxKx
April 16