Speaking in venues such as a senior citizens' center, a bookstore, people's back yards, and several living rooms in communities around the Granite State, Carole discussed Obama's policies and communicated her own impressions of Obama's ability to inspire. Describing an event in Idaho, her home state, she related how thousands of people turned out to see Obama. "Those of you closer to my generation," she said. "Did you love seeing the young people coming out in droves? We have a chance of helping something really good to happen. We can elect a leader who can lift us up and inspire change. But he needs all of us to accomplish this."

An avid Hilary Clinton supporter, King said of her work for Obama, "[Clinton] certainly set the tone, and where she leads, we will follow." She added, "We've got a candidate that Hillary has put her full support behind, and I'm encouraging everyone who supported her to do the same. The primary was a hard choice because there isn’t a world of difference between Obama and Clinton. But there is a world of difference between Barack Obama and John McCain." King went on to say, "We honor Senator McCain for serving his country, and I know some people still think of him as a maverick. But if you look at his voting record, Senator McCain has voted with George W. Bush 95% of the time on issues that have brought us to where we are now. When you’re headed for a cliff, you need to change direction." 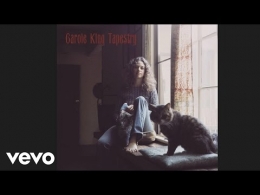