LOS ANGELES, CA – All of us at CaroleKing.com mourn the loss of our dear friend Linda Lawley Pelfrey who passed away on November 24, 2007 after a courageous battle with cancer. Linda’s musical career began in Gulfport, Mississippi at the age of sixteen where she nurtured her Southern charm and zest for life. She joined Eternity's Children, a southern rock group performing on bill with The Rolling Stones, Eric Burdon, Rod Stewart, Stevie Wonder and many others.

She performed in New York on Broadway in the groundbreaking musical hit HAIR and eventually traveled to England performing with fellow newcomers Nell Carter and Patti Lupone. Linda worked in studio with many artists while honing her songwriting skills and performing with others. In the 90’s, Linda and her husband Danny Pelfrey enjoyed performing on tour with Carole King for two years before redirecting their career path to co-writing and producing. Through her vision and talent, their ventures became very successful.

Linda was a gentle soul who brought an artistic and creative flair to every aspect of her life. She will truly be missed. 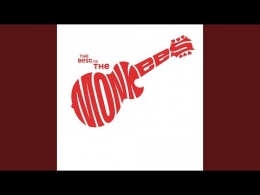