Goffin and King Names as Recipients of NARAS' 2004 Trustees Award

LOS ANGELES, CA, - It was announced December 22, 2003, that Carole King and Gerry Goffin were among the recipients of The National Academy of Recording Arts & Sciences' Trustees Award.  The Trustees Award recognizes outstanding contributions to the industry outside of performance.

Other recipients this year were Orrin Keepnews and pianist/radio host Marian McPartland. Neil Portnow, President of the Academy comments, "The Lifetime Achievement and Trustees Awards recognize music people who have made the greatest impact on our culture. These recipients are honored as legendary performers, cultural ambassadors, archetypal musicians and profoundly inspiring figures. Their outstanding accomplishments and passion for their craft have created a timeless legacy that has positively affected multiple generations, and will continue to influence generations to come."

This special merit award is voted on by all NARAS trustees who also select recipients of the Lifetime Achievement Award. Formal presentation of both awards was held in conjunction with the 2004 Grammy Awards which was held in Los Angeles on February 8, 2004. 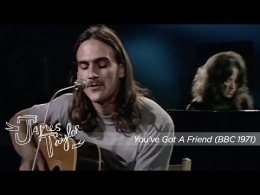