Carole King joined fellow performers, actors and SeriousFun Campers (formerly known as Hole In The Wall Gang) as they celebrated the philanthropic legacy of founder Paul Newman’s 90th birthday in a star-studded gala fundraiser on March 2nd in NYC.

The gala, produced by Lou Adler, included a series of live performances by Carole King, George, Clooney, Meryl Streep, Tom Hanks, Aloe Blacc, Renee’ Fleming, Natalie Cole, Danny DeVito David Letterman, Paul Schaffer and SeriousFun Campers.   The evening also included video presentations and readings that illustrated just how special the camps are and the impact they have on campers and families around the world.

Carole King has performed and participated in Paul Newman’s SeriousFun Children’s Network for more than two decades.  At Monday night’s event, Carole played piano performing “Beautiful” and “Child of Mine”.  Later in the program, Carole and Aloe Blacc presented an exciting and soulful performance of “You’ve Got A Friend”.

Funds raised at the galas directly benefit the Network’s camps and programs. Facilities and programming at SeriousFun camps are specially-designed to fit the medical conditions of campers, ensuring that all campers can participate in physical activities, cultivating creativity with arts and crafts, bonding over music and social events.

To continue their year-long celebration of founder Paul Newman’s 90th birthday, SeriousFun will host galas in Los Angeles on May 14, 2015, and London on November 3, 2015. Additional details will be announced at SeriousFunNetwork.org. 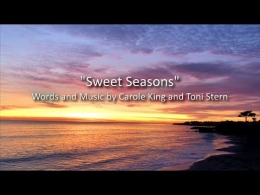