Sony To Bring "Beautiful" To the Big Screen

It has been announced that Sony is set to bring a film adaptation of the Broadway musical, "Beautiful:The Carole King Musical" to the big screen.

Tom Hanks and his producing partner Gary Goetzman will produce through their Playtone banner along with Paul Blake, the lead producer on Broadway.  Hanks and Goetzman are no strangers to musical films, having served as producers on the 2008 hit movie Mamma Mia! and 1996's That Thing You Do! which Hanks also directed.

Michael De Luca of SPE Motion Picture Group commented, "Theatrical audiences both on Broadway and in the West End have responded to "Beautiful", not only to relive Carole King's timeless classics, but to experience the ways they illustrate her triumphant and joyful life story. We’re thrilled to be bringing this inspiring and powerful musical to movie audiences everywhere."

Sony Pictures has obtained the rights to Carole's songbook from Sony/ATV, and Carole and songwriting collaborators Gerry Goffin, Cynthia Weil and Barry Mann, who are all portrayed in the musical.

The soundtrack will be a big attraction for the film, as it represents a tapestry of American popular culture and boasts such hits as “Up On The Roof,” “(You Make Me Feel Like) A Natural Woman,” “Will You Love Me Tomorrow” and “You’ve Got a Friend.”

No casting has been announced for the film, however. Douglas McGrath wrote the musical’s book and will work on the film’s screenplay.

“Beautiful” has been playing on Broadway since January 2014 and was nominated for seven Tony Awards, winning two, including one for Jessie Mueller’s performance as King. The London production of "Beautiful" has received 8 Olivier nominations.

For the musical's schedule both here and abroad, please visit: BeautifulOnBroadway 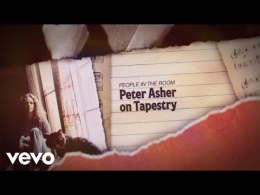